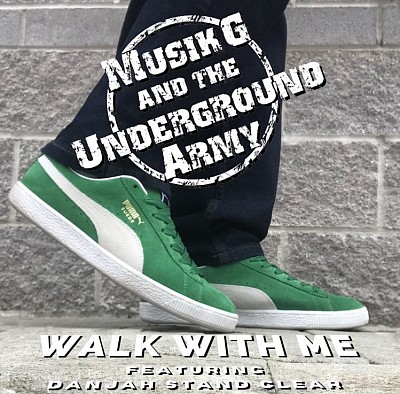 Walk With Me - New Single Musik G and The Underground Army

Musik G and the Underground Army

Musik G and the Underground Army is a American Hip Hop group from Queens, NYC established in 1992.

Musik G and the UGA have performed in various cities in the United States with artist such as Afrika Bambatta, Slick Rick, KRS-One, Craig Mack as well as numerous Zulu Nation Anniversaries. They have also performed in Germany, Holland, England and France with Ed OG and the Awesome 2.

Musik G's recording career has afforded him the opportunity to work on the Human Education Against Lies (H.E.A.L.-Elektra Records) album project with LL Cool J, KRS-One, Queen Latifah, Big Daddy Kane and Shabba Ranks to name a few. He has worked with Ansel Cridland of the Meditations on the What Kind of World project released on the Mau Mau Jungle (Sky High Records) album. Musik G has released the singles Rock On b/w No Games and Tear it down b/w Live on the box on UGA Recordings.  The release of the album “The Underground Can’t Be Stopped” was released to critical acclaim in various hip hop communities around the globe.
Members of the Underground Army past and present include Glaze the MC who most recently released 2 hit singles with Dennis Kellman and a remake of Gangstarr’s Dwyck entitled Slyck featuring Masta Ace. Be on the lookout for his new album which is in progress .
Danjah Stand Clear is a emcee featured on various singles most notably the song entitled Tear it Down and I’m Up! he is currently in the studio recording his debut album so stay tuned.

Along with recording and producing his own projects, Musik Gs production credits include hosting his own radio show the Original B-Side on WBAI 99.5fm with DJ Frenzi from 1997-2000. He also produced special segments for the legendary Chet Jacksons Nite Flyte show also on WBAI 99.5fm in New York City. Musik G has worked on production for the well respected Underground Ruffhouse Video Show hosted by Uncle Jessie Barnes. He contributed music work for the Martial Art World Television Show produced by ESPY-TV for the Madison Square Garden Network. Musik G has contributed his talent to a number of hip hop documentaries produced by independent and student filmmakers.
Musik G and The Underground Army received Hip Hop Culture Award Years of Outstanding Achievement in 2016.
In 2020 Musik G alongside Mr Hooper were awarded Song of the Year (People’s Choice) for the smash hit Jaw Jackin on the Walking Razor Entertainment label.

Feel free to reach out with Interview or Artist collaboration  requests below.
Click to read more ... 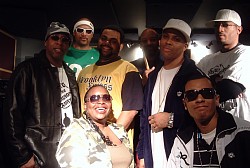 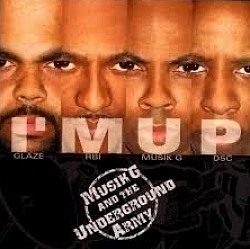 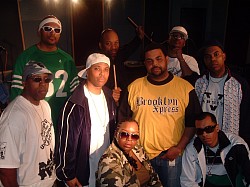